Today we are going to present you one hell of a drag machine. The below Mach IV Mustang is an extreme machine for drag racing. 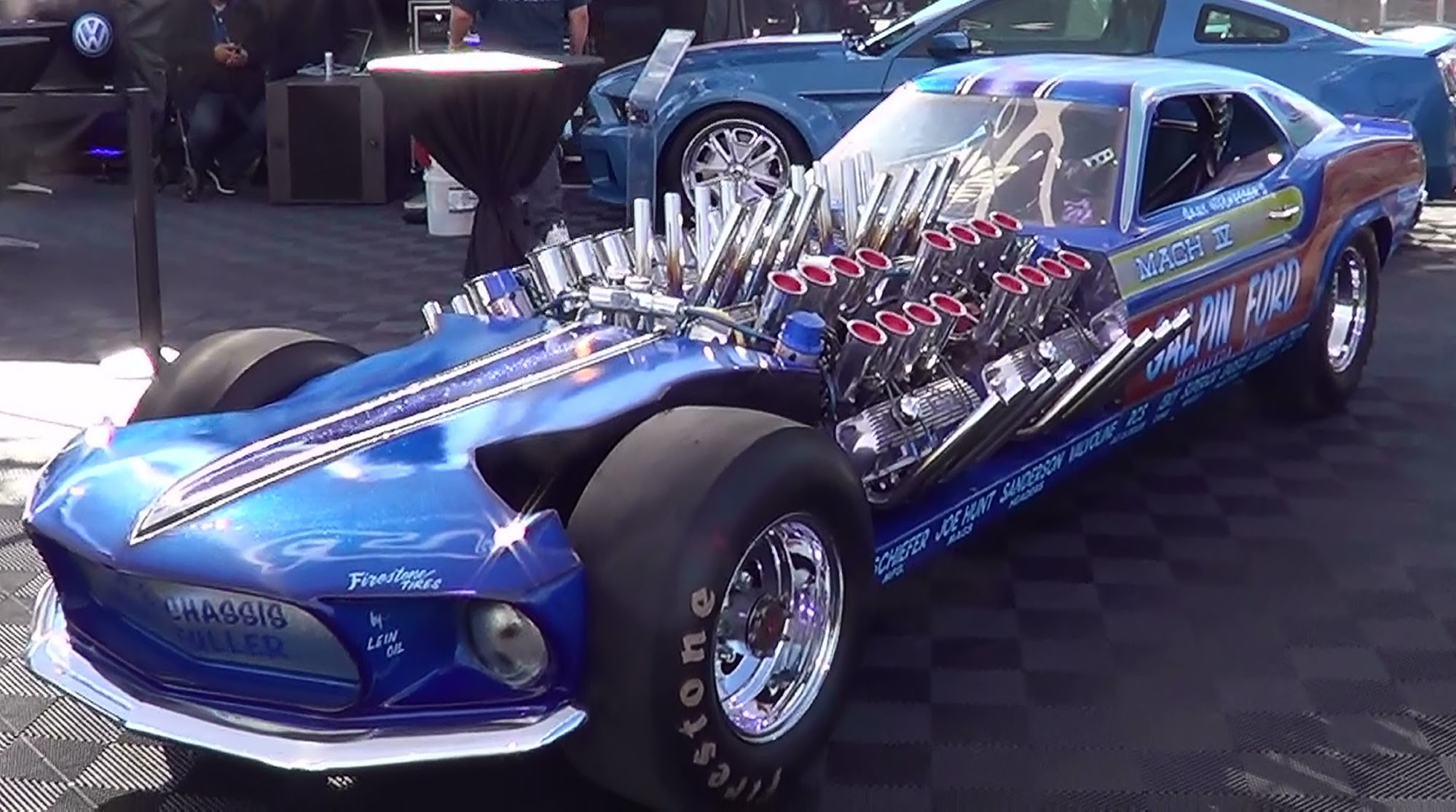 As a stock car, the Ford Mustang with its V8 engine under the hood is a car that lots of people in the world want to it in their garage. Just a few of all these guys are lucky enough to really have it.

Now, let’s say a few words about the creator of the beast. Most you probably know who Gary Weckessers is. He is an outstanding driver from United States. For some big events he got a special ride – Ford Mustang’s 50th commemoration.

This 4 Engine Mach IV Mustang is a project car that took Gary Weckesser a year to finish it. Under the ‘hood’ you will find four fuel-infused Windsor V8 engines. All the power coming from the heart of this speed demon is transferred to the wheels via one transmission and a single grip. 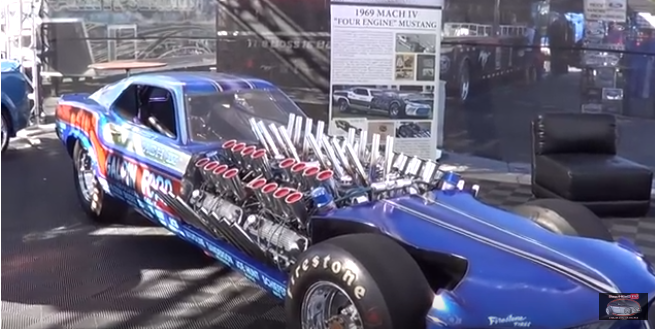 The total power output is about 3,000 horsepower. That’s enough to run the quarter mile in only seven seconds. Most of the car parts are custom made because of the strange setup.

If we have to describe the car with just a few words that would be – four Windsor-engine 1404 cu.in. all wheel drive Mach IV Mustang !!