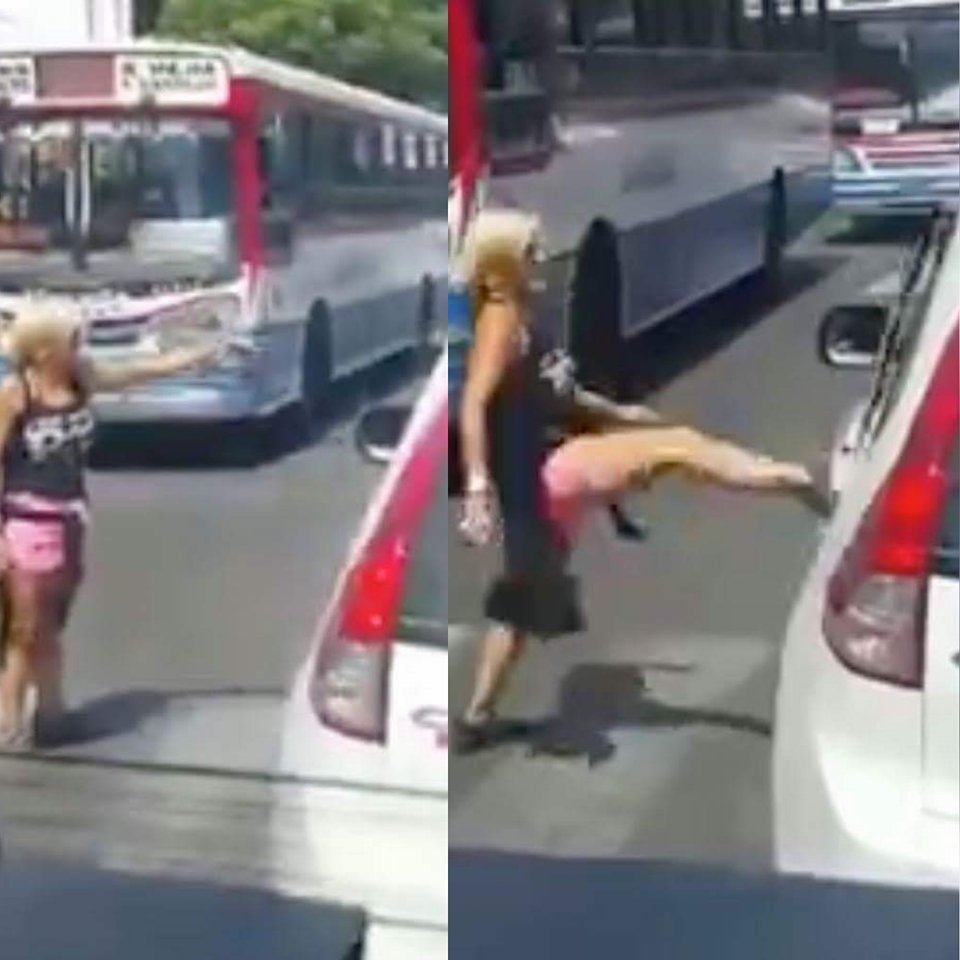 Today, we’ve stumbled across a gem of a road rage argument that left us in awe. It appears this woman tried to change lanes on top of the guy already in the lane she was trying to enter, leading to what looks to be a fairly minor fender bender. However minor the incident may have been, it sent the woman into an all out rage that she decided to take out on the other guy’s door with a series of kicks. However, she wasn’t done there.

As the guy exits his car to look at the damage, the woman continues to scream and yell. When that doesn’t satisfy her anger, she launches a physical assault on the man, leading with a couple of open-hand slaps, then launching into a series of punches, though her wild swings don’t appear to connect solidly with her intended target. As the guy ducks and leans to avoid her punches, her anger seems only to intensify, but the video end abruptly as another man approaches the pair of motorists. 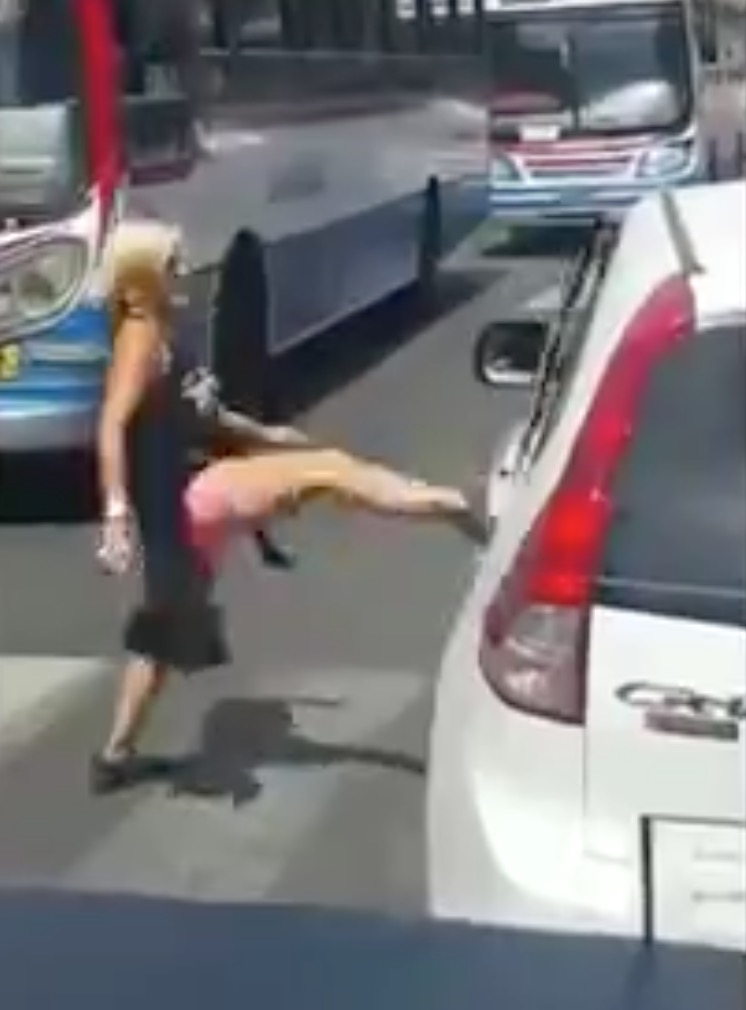 While we have to admit that we do enjoy watching these videos, we feel it is our duty to encourage everybody to try to remain calm out there on the roadway. We know other motorists can be total toolbags, but if you let them anger you to the point of violence, you’re no better than them.