GENERAL LEE VS THE BANDIT !

This is a fun video, so sit back watch it and enjoy ! Whatever one you would choose or both I am sure they would be wicked fun GENERAL LEE VS THE BANDIT. 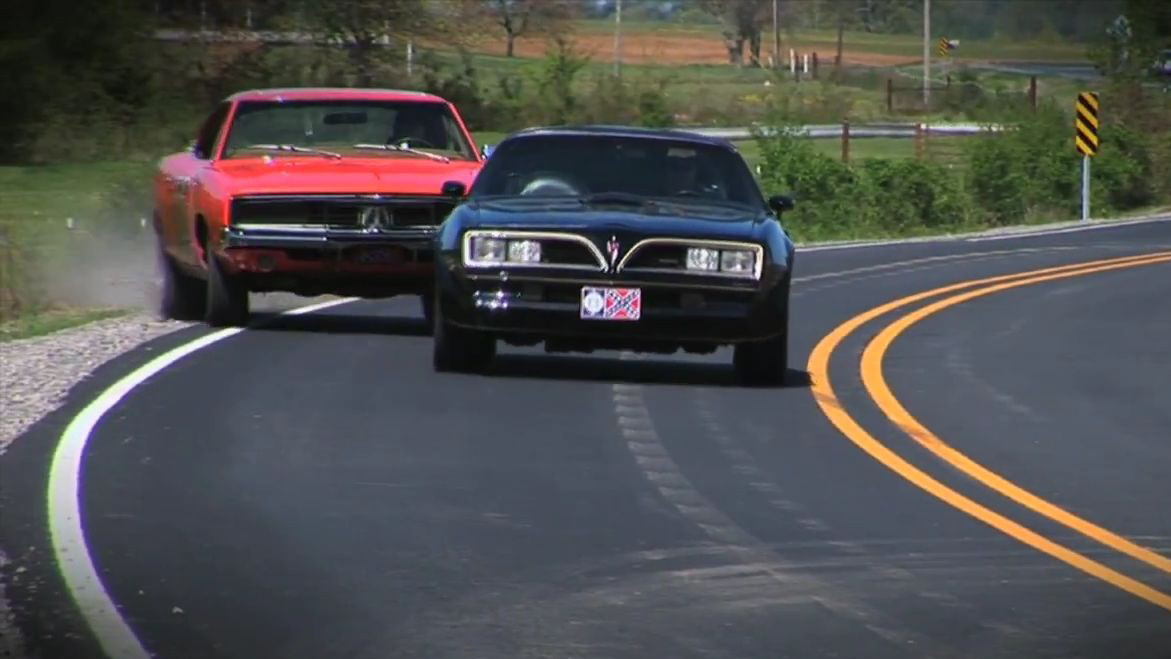 You don’t have to be born in the 1960s or 1970s to be able to recognize the General Lee from The Dukes of Hazzard and the Pontiac Trans Am from Smokey and the Bandit. These old school four-wheeled stars seem to transcend demographics thanks to the miles of film that show the orange 1969 Dodge Charger and the jet-black 1977 Pontiac Trans Am performing seemingly impossible stunts.

The folks at Hot Rod magazine are obviously hip to this fact, and they put together a fun video in tribute of the instantly recognizable duo. Hit the jump to watch on as Sam Young and James Smith replace Bo Duke and The Bandit for a bit of dirt-road shenanigans in a pair of otherwise well cared for classics. We’re not so sure we’d call it the best chase scene ever, but it sure looks like a lot of fun.

More importantly, which of these two cars would you rather own?