Furious Pickup Driver Threatens And Pulls Gun Out On Motorcyclist 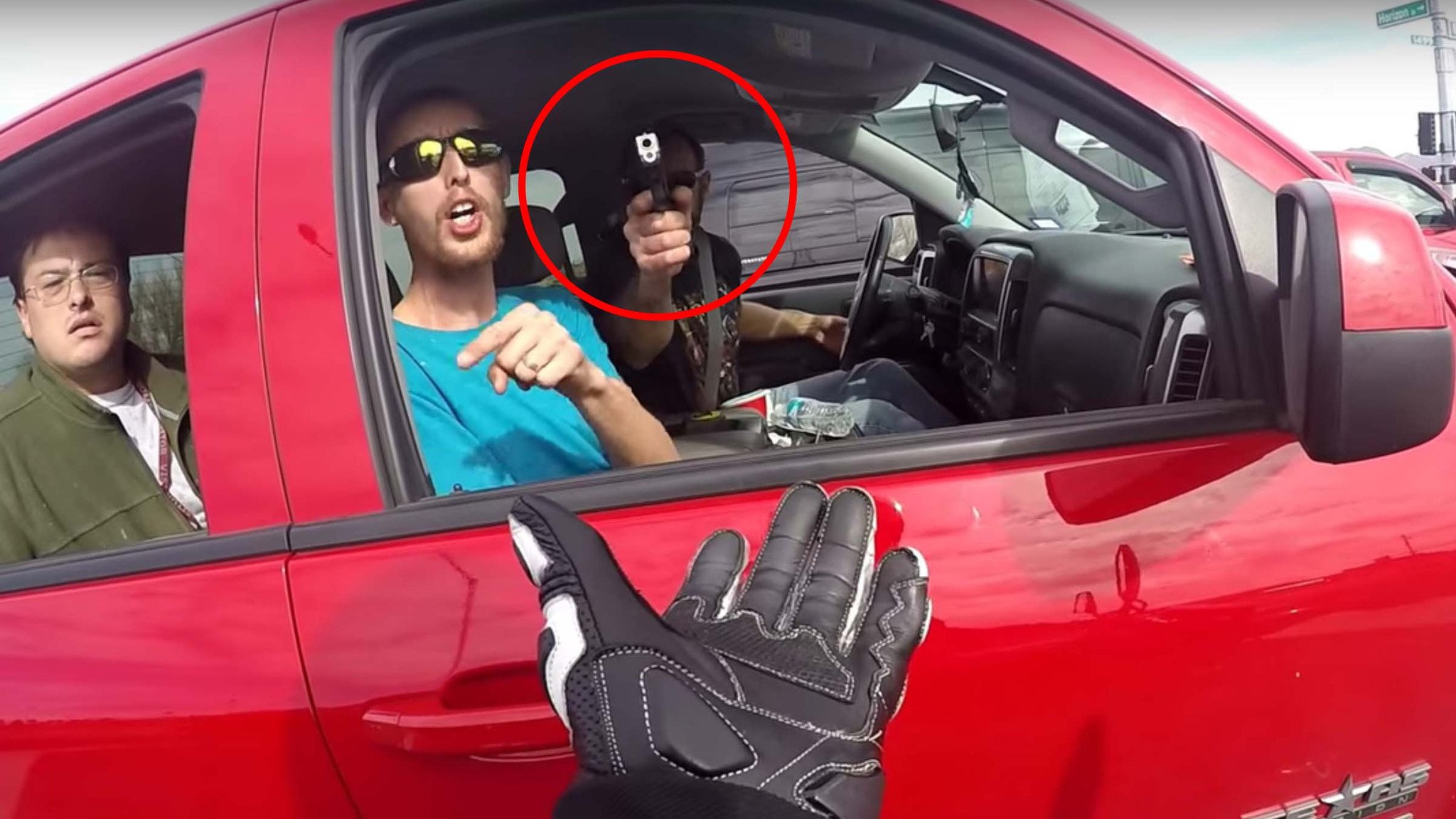 The on-road relationship between motorcyclists and car drivers can be at best, testing and in the US recently, things almost turned fatal when a furious pickup driver pulled a gun on a biker.

The video shows a group of about 10 bikers cruising down the street when a black SUV pulls up alongside and expresses his distaste for one of the bikers briefly riding on the dirt. The biker can then be seen gesticulating that the driver is crazy before the driver turns off and leaves the scene and that’s when things ramp up.

Before long, a red pickup begins following the group and at a traffic light, can be seen shouting at them.

As described by the uploader, what happens next is quite frightening. “The guy in the red truck didn’t like what he’d seen apparently and started flipping the bird and trying to get a reaction from everyone in the group. I went to ask why they are flipping me and everyone off and this is what resulted of that.”

What resulted was the driver of the red pickup pointing a handgun right at the face of the biker threatening him and accusing the group and riding recklessly. Remarkably, the rider keeps his cool despite the tense situation repeatedly telling the driver to “take it easy”.