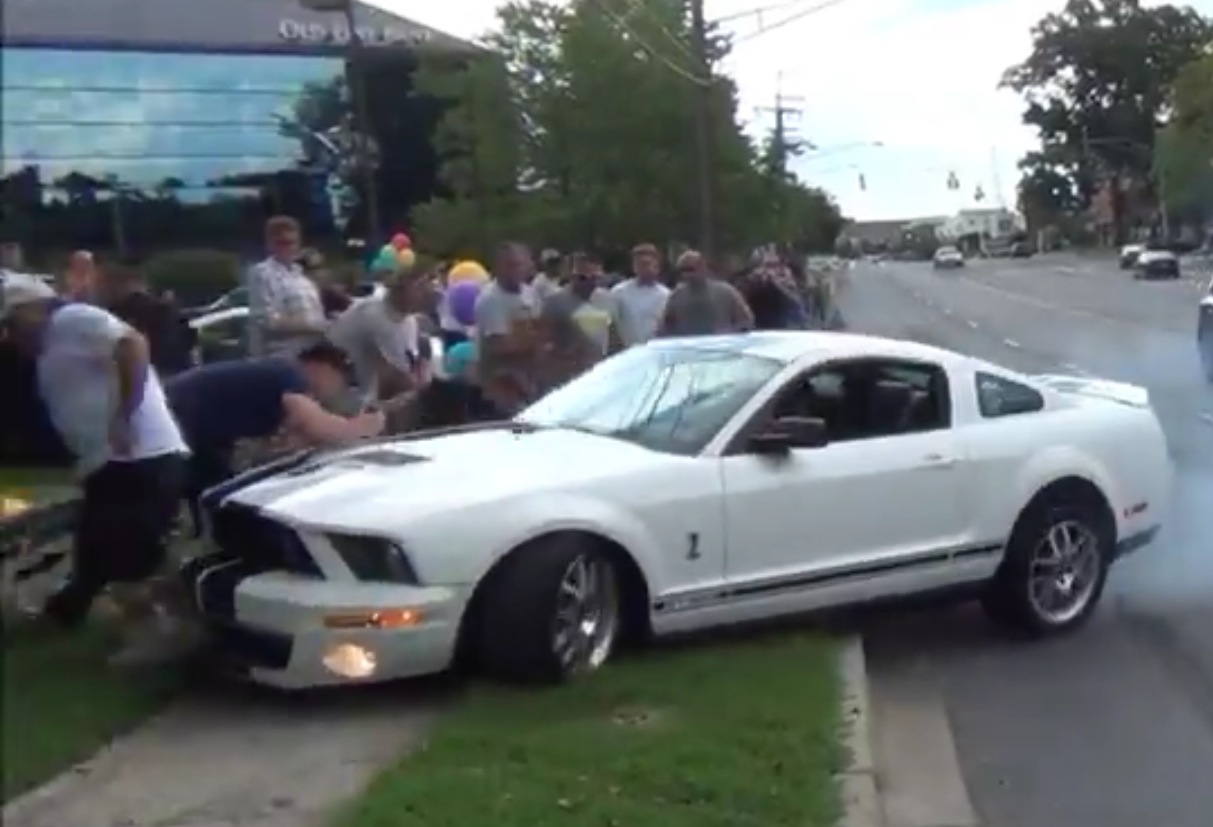 Notice anything strange about the Shelby GT500 in the image above? Yes, we are talking about that guy in blue, who is determined to hold on to his beer while he gets hit by the Mustang. As you’ll be able to notice in the video below, the man somehow manages to finish the encounter with the car without spilling a drop of his beverage. He must be a brewery, hero. And yes, of course we started with him. After all, he manages to do something totally unexpected, while the failure of the GT500 driver can easily be labeled under déjà vu.

The guy was trying to show off, so de decided a burnout turned drift would draw the crowd’s attention like a magnet. Instead, his Mustang was drawn towards the people attending the event in a live axle event that could have ended tragically.

The massive curb put up a nice fight, doing away with some of the Shelby’s momentum, but the loose pony still hit the crowd, splitting groups like a policeman during a demonstration gone wrong.

The amazing part about the driver’s behavior is not his lack of skill, but the failure to bring the vehicle to a halt immediately after climbing onto the sidewalk.

And yet, the bystanders are the ones who win this match. Not only did everybody escaped the incident uninjured, but more than one spectator managed to prevent his and her drink from spilling.

While the footage shows the Mustang driver taking off, the man did reportedly stop and check to see if everybody was okay. Fortunately, as we said, the only human side hurt in this incident was his ego.