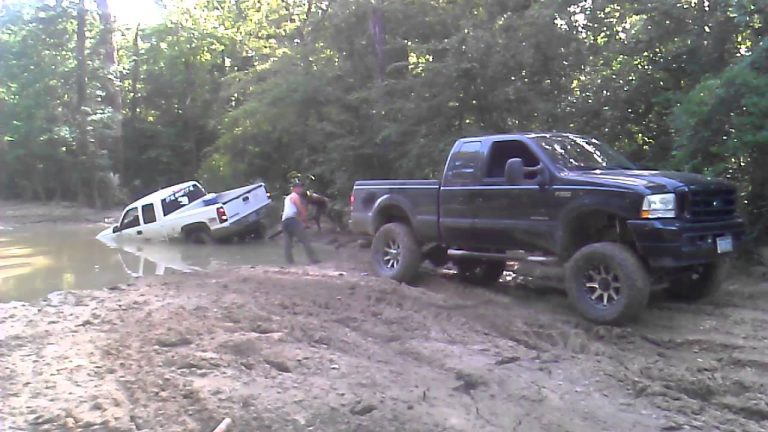 The biggest obstacle an urban SUV gets to hurdle is taking the kids to soccer practice and maybe occasionally driving on some grass to deliver a goal post.

But not all of the pickups get to live a life of hard pavement, some of them get properly used and in today’s video we will see some real trucks used to do some real mudding.

These mudders have huge grippy mud tires and the owners are not scared to get them dirty, as you can see one of them, the Chevy, is buried in mud up to its hood, and although there is a real Ford vs. Chevy battle going on, they are not over helping each other out of a muddy situation.

Check out the video where instead of fighting and bickering which one is better, the Ford F-250 helps the Chevy get other out of the mud.