A shocking video has emerged out of Florida, where a thieving thug thought it would be a good idea to steal a pickup truck from a man whom he thought wasn’t paying attention. Now, the clip has gone viral after the fed-up owner of the truck caught the punk and delivered a dose of brutal instant justice, and rightfully so.

A man named Joby Stevens reportedly watched his Ford pickup being stolen from a Home Depot parking lot, and he immediately started chasing the thief on foot. The punk who stole his truck probably never imagined what was about to happen, and this will probably be the last time he tries to steal a vehicle. 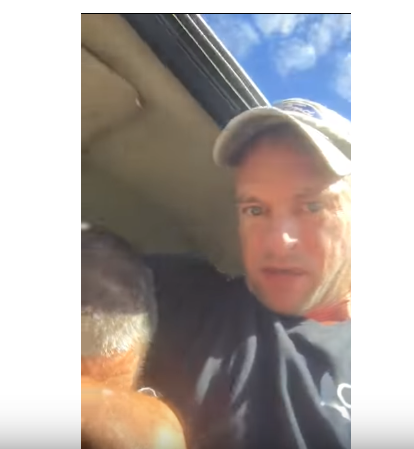 All too often, car thieves are able to get away with their victim’s vehicles without ever being caught, and there’s little police can do if the vehicle doesn’t have a tracking system. In this case, the punk didn’t get away. Stevens ran after his truck and jumped in while he says the thief was trying to “floor it.”

Stevens engaged the thief in a wrestling match and was able to pull him out of his truck.

The video clip, which has already obtained over 1 million views on social media, shows what happened just moments after Stevens caught the crook.