FLASHING A GUN AT A ROAD RAGER SHUTS HIM UP REAL QUICK! 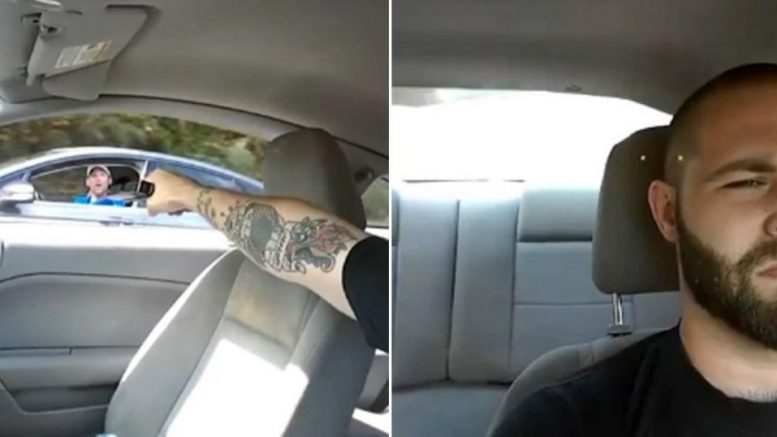 Well this guy really asked for it didn’t he?

He is honking acting all tough, screaming at the top of his lungs offending the driver of the vehicle that is doing the recording.

All those insults and all that trash-talking produced a result, with the driver, so after the third time he is asked to “Do something” and pull over, he pulls something else and it’s not the car.

This guy pulls out what looks like a Glock and aims it at the annoying loudmouth driver driving parallel at him cussing him out.

And boy did that move have effect, this guy slams on his brake so hard the tires start squealing as they are fighting for grip.Now there are comments that this is a staged video and its fake, but in all honesty, we don’t really care because the speed of that guy shutting up makes it one of the most satisfying short videos to watch.