Driver Retaliates Against Road Raging Biker With A Hammer Attack 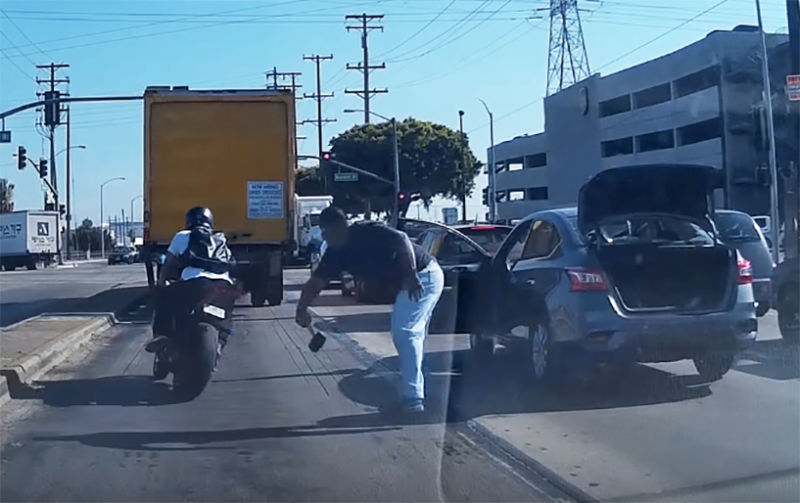 While some attacks may seem unprovoked and unnecessarily brutal, it looks like the biker did everything he could to get that man to pick up a hammer – not that we condone such behaviours.

We don’t know what caused this incident in the first place, but initially, it seemed like it was going to be a fairly benign argument between the biker and the driver of the sedan. One hypothesis is that the Nissan stopped a little short  and the biker took issue with that.

The incident took place in Los Angeles and the man with the dashcam states in the video’s description that he didn’t have time to get any sort of information from the driver, or to tell him that the whole thing was caught on camera. That said, the footage did make its way to local police (LAPD & Vernon PD) as well as local LA news stations, and if justice is indeed served, we anticipate both parties could be in trouble because swinging that hammer at somebody (regardless of what they did), cannot be condoned.