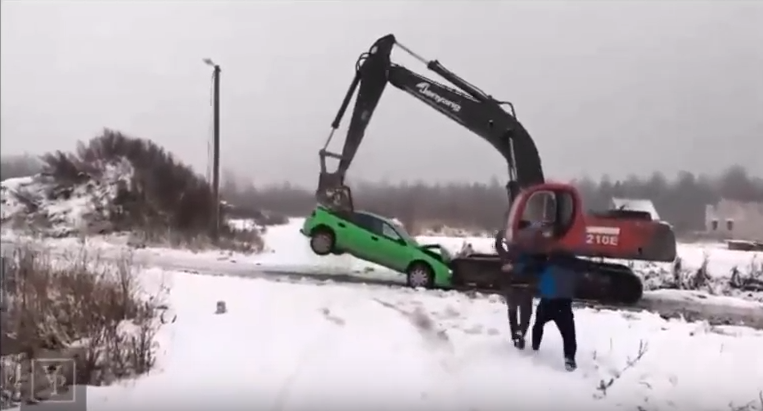 A shocking if questionable video has emerged showing two men apparently viciously assault the operator of a giant digger – before he exacts revenge by mercilessly smashing up their car .

It is not clear whether this dramatic road rage video – which was posted on Instagram and has divided the internet – is real or fake.

Footage shows the large excavating machine working on a snow-covered road when a bright green car pulls up and two men jump out, waving frantically as if asking the digger operator to move.

But the large machine makes no effort to leave the road and continues with its work.