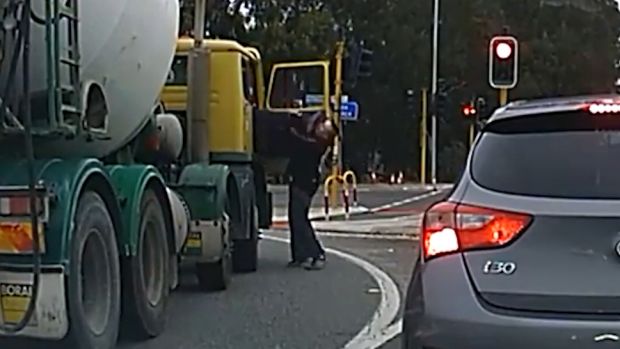 A dashboard camera has captured footage of a Perth road rage dispute that ended with a truck driver kicking a man in the face.

The vision, which was posted to YouTube on Wednesday morning, shows a man walking towards a cement truck which stopped at a set of traffic lights near the Hutton Street bridge in Osborne Park.

As the man approaches the truck, the footage shows the driver opening his door and the two men argue before the truck driver kicks the man in the face.

After another exchange of words the truck driver closes his door and drives off.

Tim, who filmed the incident on his car’s dashboard camera, said he didn’t see what had caused the confrontation, but the man who got out of his car was a passenger in a hatchback.