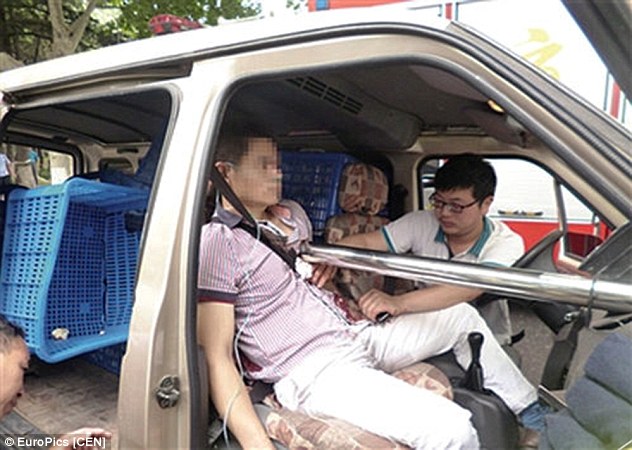 A Chinese man has incredibly survived after being speared through the chest with a large steel pole.

The man, who has not been named, was sitting in the front passenger seat when the driver of the van lost control and careered into a metal guard rail on Wednesday in Nanjing in eastern China.

The rail snapped into two and part of it shot through the windscreen into the man’s chest, reported People’s Daily Online. 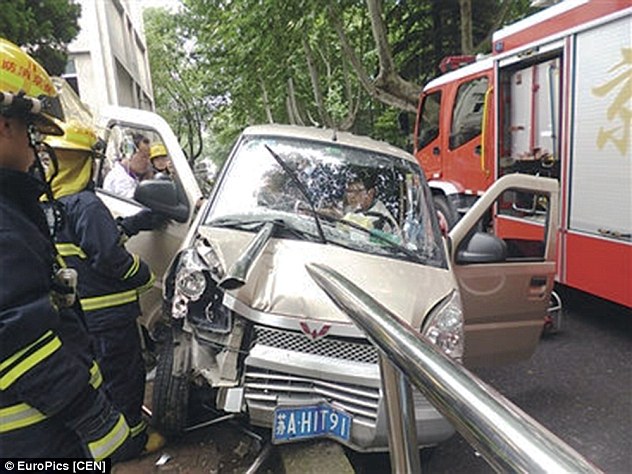 Firefighters arrived at the crash site at the Jiangbei university campus and spent an hour shortening the 13 feet long pole so that the passenger could be cut free.

The man, who remained conscious throughout the rescue procedure, was then rushed to the local hospital.

Surgeons successfully managed to remove the metal pole, which had a diameter of 2.3 inches. The patient is now in a stable condition.

Doctors at the Jiangsu People’s Hospital said the pole had missed the man’s heart by half an inch.A spokesman added that the patient had suffered multiple fractures to his ribs.A member of the rescue team said: ‘As the metal pipe had entered close to the passenger’s heart area, if we were not careful the vibrations from the cutting could increase the size of the wound or even injure his heart.’A source said the driver was the man’s nephew, who had only recently got his driver’s licence.The driver told police officers he had lost control after failing to slow down at a speed bump.The accident is still under investigation by police.