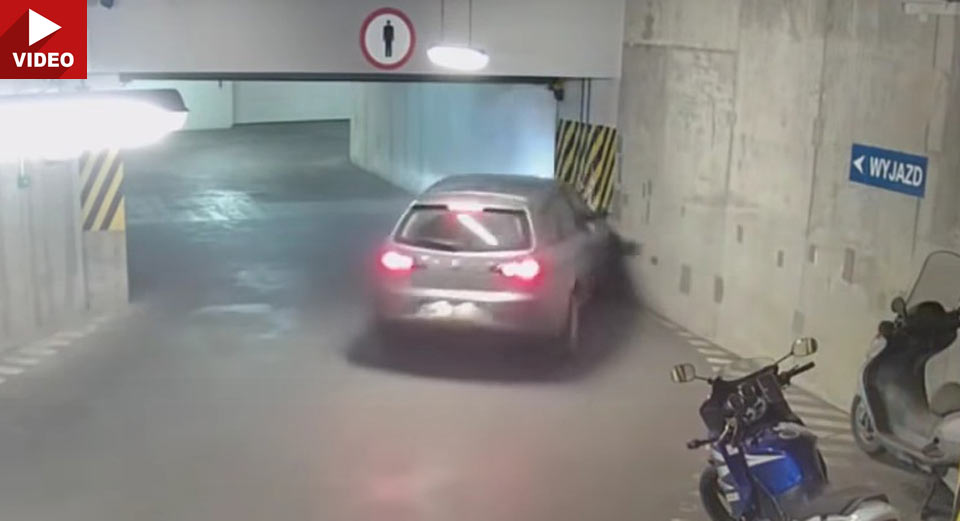 Drinking and driving is never a good idea. Even if you think that you are just a little bit buzzed, you should probably consider staying where you’re at or grabbing a ride.

We aren’t saying that any form of drunk driving is more or less acceptable, but it is clear to us that this guy has absolutely no excuse. He was way too blitzed to even consider driving.

In this one, we watch as the scene unfolds when this drunk guy attempts to remove his car from an underground parking structure and the result is nothing but a whole bunch of ugly.

We watch on security cameras as this failed attempt to pilot his car through the garage ends up with the driver hitting just about everything in sight, destroying his ride completely

Hopefully, they caught up with this guy it made him pay for the damages that he had done and with any luck he would’ve been apprehended before he was able to hurt anyone else.