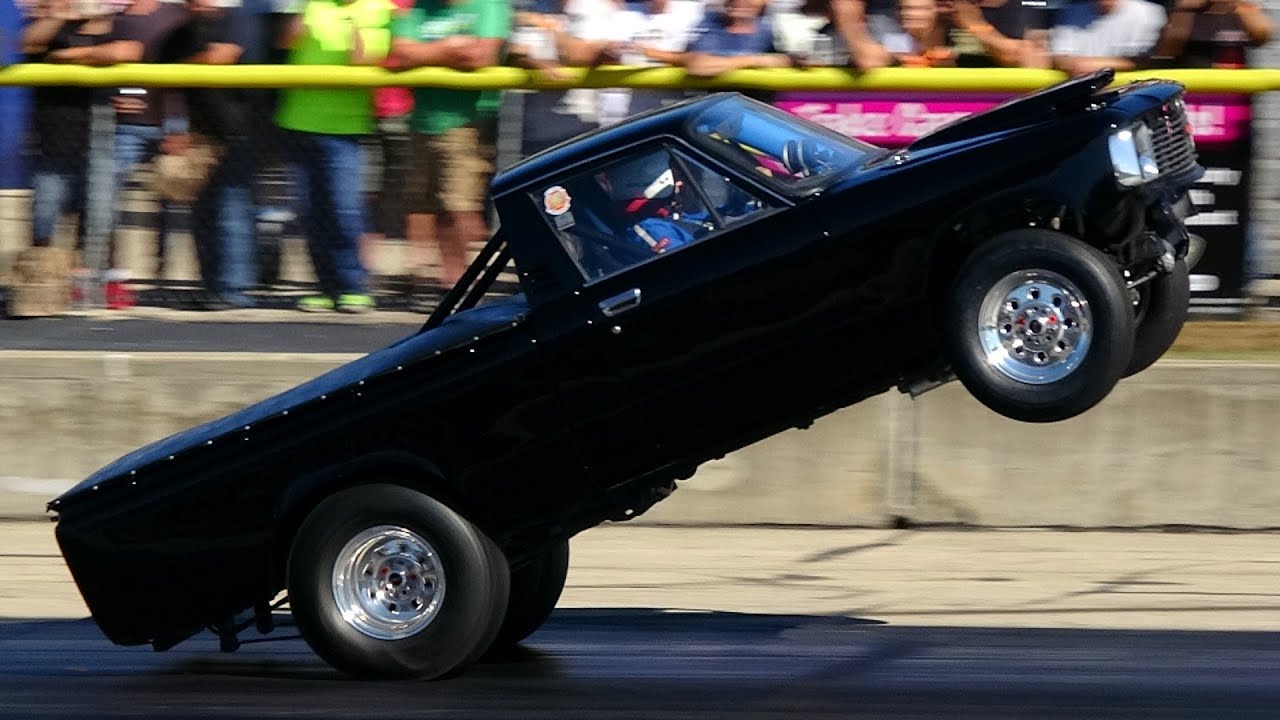 When it comes to a wheelie contest, you really never know what’s going to happen when you go out there and give it your all. With cars putting themselves on the rear bumper and dragging it as far as they possibly can, just about anything can happen at a moment’s notice. As you could imagine, when drivers put themselves up against challenges like these, stability is at an all-time low, meaning that the ride in question can end up swaying back and forth and going whichever way that momentum would dictate it to go. This could mean that things get incredibly dangerous on the track. I think this is why people tend to enter in these contests and furthermore, why they’ve become so popular. That adrenaline rush is hard to match!
This time, we check out a little display from a Chevy Luv truck, as featured by the “Tomeighty” YouTube channel, that goes above and the beyond, showing off wheelie after wheelie as this thing really shoots for the stars in this situation, putting it on the bumper and providing a show and a half for all of the spectators who spent their money to watch. Everything seems to be going smoothly up until about the 5:20 mark as the truck goes up yet again, pulling off to the side and landing on both of the driver side wheels. I’m sure that more than one person’s heart skipped a beat in the scheme of this whole ordeal.

Follow along in the video below that showcases the entire situation from start to finish and be sure to tell us what you think of this scenario. Would you ever find yourself in a wheelie contest? It seems like these guys are incredibly brave to get out there and get going. On the other hand, though, it has to be quite a rush should you be inside of the cab of that truck and an equally big rush for all the spectators who were on hand to witness the action that nearly went wrong but, thanks to some confident maneuvering and a bit of luck, ended up with nothing more than a tense situation.