CAR CUTS OFF A BIG RIG CAUSING MULTIPLE CARS TO SWERVE INTO A NEAR COLLISION!! 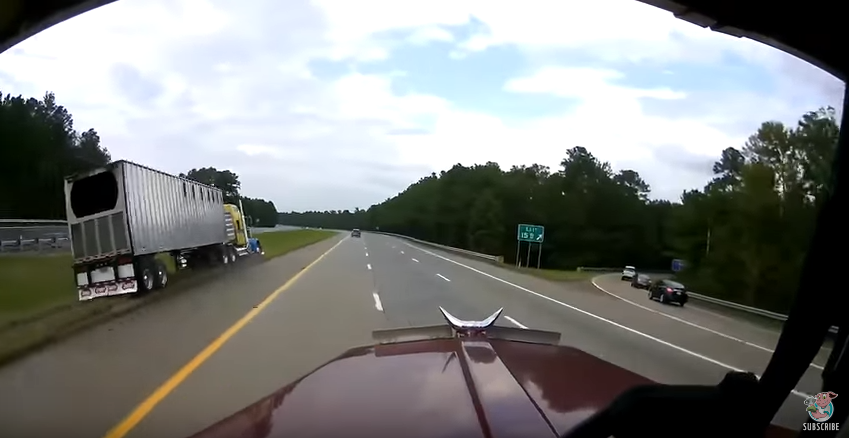 Doing something like this is not just a mistake, it is completely stupid and extremely dangerous to all the other participants in traffic.

The video that was recorded in October near Richmond Virginia, includes semi driver who is traveling down the road properly with his dashcam on. The next thing you know, the car that was passing him just a second ago, decides to slow down right in front of him in order to catch the next exit.

Now we all know that a semi that weighs nearly 100 000 pounds is not wining any records in the shortest braking distance so this is why we all give them space, but not this idiot, he slams no the brakes so hard that all hell breaks loose and only by the amazing skills of the driver of the yellow semi that the chaos did not result in a pile up.

Check out the lightning quick and precise reaction of the driver of the semi on the left who is pushed off the road.