“BRILLIANT” REDNECKS TRY TO PULL DOWN A TREE AND GET THEIR DESERTS! 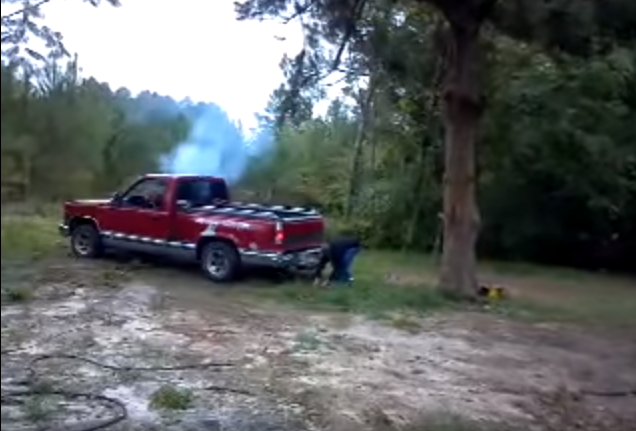 The people living mostly in the Southern states of U.S are commonly called “rednecks” and recognised as crazy but somehow brilliant human beings stereotypically characterised by a garage filled with hunting stuff, big guns, incest, smokeless tobacco and meth.

In the video we now present you below, you’re going to see a couple ultra “brilliant” rednecks trying to pull down a huge tree with a truck. This video actually shows how natural selection works, because after this crazy pulling down attempt the driver flies out of the truck and I have to say that it is hilarious!

Scroll down to check this super funny video and enjoy!