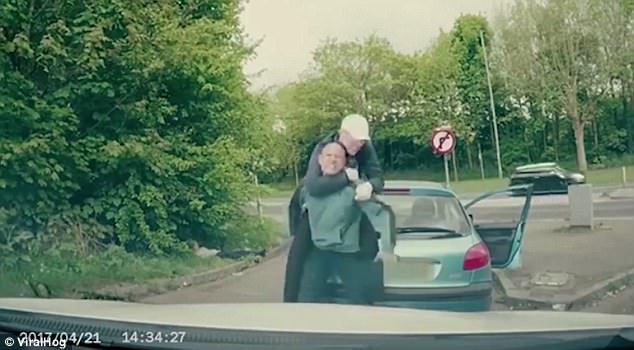 Then the MMA fighter flees the scene and speeds off in his vehicle.

The couple who managed to record the scene then call for the police and an ambulance because the two thugs are clearly injured.

The MMA fighter is proud of his victory. He maneuvers around the thugs’ empty car and gets away to safety.

It is unclear if the police ever identified him and made an arrest or not. The thugs did make the first move though. What do you think?