A Carjacker Picked The Wrong Driver To Try To Steal A Car,He Dragged On The Road 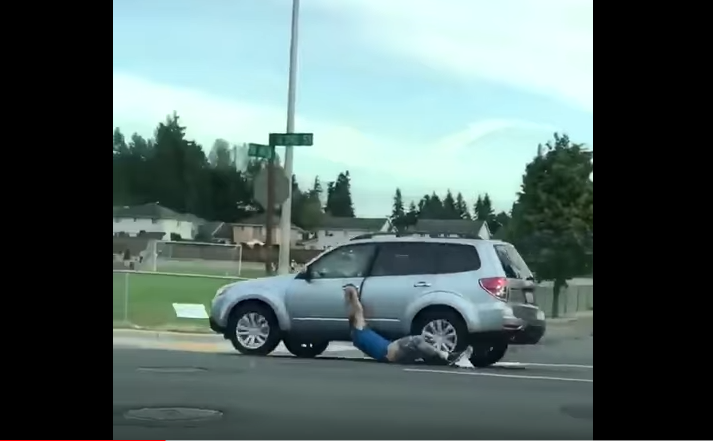 A carjacker picked the wrong driver to try to steal a car from, when the driver of that car refused to cooperate and drove off down the street, dragging him along the way.The car stopped at least once in the video, but the would-be carjacker wouldn’t give up; he tried again to get the driver out.

The driver then took off again, dragging the suspect alongside the car.  Police said that the suspect, who was not identified, had tried to steal other vehicles on that day, including one before this incident, where he punched the driver, who kicked him with their feet, and the suspect fled.

Kent police officers responded, and the suspect was tased “multiple times” after refusing to follow their commands.

He had tried to steal a taxi just before they arrived, after finally freeing himself from the car that was dragging him.  Police said that the suspect had punched other vehicles, and was actually trying to break door handles to get inside vehicles when the police arrived.

The suspect was eventually taken into custody by Kent police officers, and was transported to a local hospital for treatment.  His condition is not known.None of the victims were identified.  Some victims received minor injuries that they received medical treatment for.

You can see the video below. WARNING – Bare carjacker butt. Dangly bits were harmed in the making of this film.