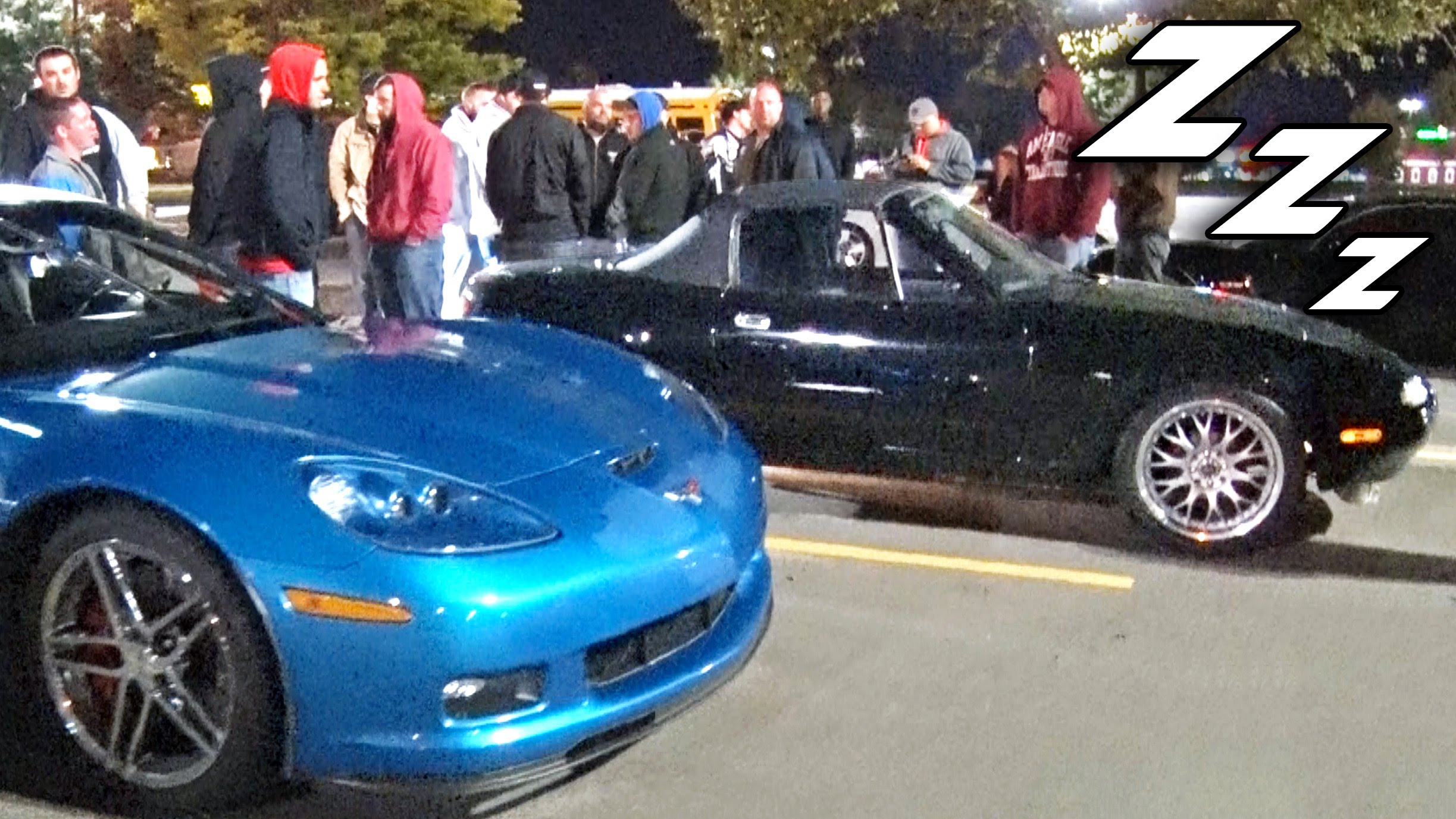 When you drive a 600 hp Corvette Z06 whose idle soundtrack is more appealing than a rock concert, a Miata, even a tricked-out one, doesn’t quite seem like a concern. Well, if we’re talking about the Mazda in the clip below, you should be worried, since this MX-5 is one hell of a sleeper. The 600-pony C6 ‘Vette and the Miata sleeper crossed paths on the streets of Nashville, at night, on the highway…. you know, the place where people never-ever street race because such activities are illegal.

Since nothing happened between the two, there’s no story to tell, but perhaps the clip below has something to reveal. Nonetheless, before you proceed to that, let’s take a few moments to talk about this Miata.

This Miata is as… sleepy as they get

Just like in the case of a spied prototype, only subtle clues like the wheels, brakes and the rear axle details, could make you think about some special abilities this Mazda might have. However, you probably wouldn’t expect it to deliver 700 horses (at the wheels) and 630 lb-ft (854 Nm).

That storm comes from a 5.3-liter GM V8, which has been gifted with a 78 mm Borg Warner turbocharger – yes, that’s a nice spot, the turbo is indeed mounted at the back. To use the driver’s words, the turbo was set up to deliver anywhere between 9 and 25 psi of boost.

Expecting the reliability to be a top asset here would be silly and this shows during the… nothing that happens between the Miata and the Corvette, but hey, at least the problems aren’t all that serious.

Regardless of the diff, when you have that much power sent to a pair of 224/45 R17 tires, you rear end will dance and while this Miata is no exception, the driver does manage to keep things nicely in check.

We’ve all heard about or seen Miatas with over 500 hp, but the one detail that makes this one special is that it’s used as a daily driver. Yes, this little beast swallows 115 miles (185 km) per day.