50 Inch Rims On An Olds Cutlass… Why Is This a Trend? 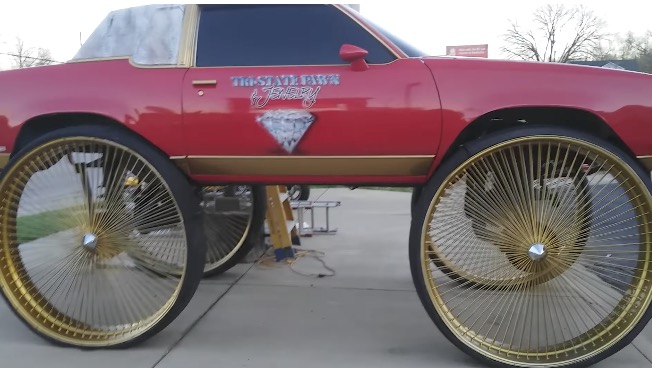 By the camera guy’s best estimate, the massive wire wheels on this Cutlass are fifty inches in diameter. While it’s certainly visually striking, there are some obvious issues here that we have to address. First of all – don’t you just love how that’s a “thing” now – the tires are glued together. Apparently nobody out there makes a 50” tire, at least not that fell within the budget of whoever found these wheels, so instead, somebody has cut up a couple of smaller tires and, from what I can tell in the video, glued them onto the rims. Yeah, you have fun with that.

Then there’s the matter of the fender wells, which have been lengthened horizontally to fit the monster wheels, despite the car having been lifted a couple of feet higher than stock. Obviously if you are going to run fifties, there are going to be some modifications that need to be made, but permanently removing part of the body to stretch the wheel wells seems a little absurd. 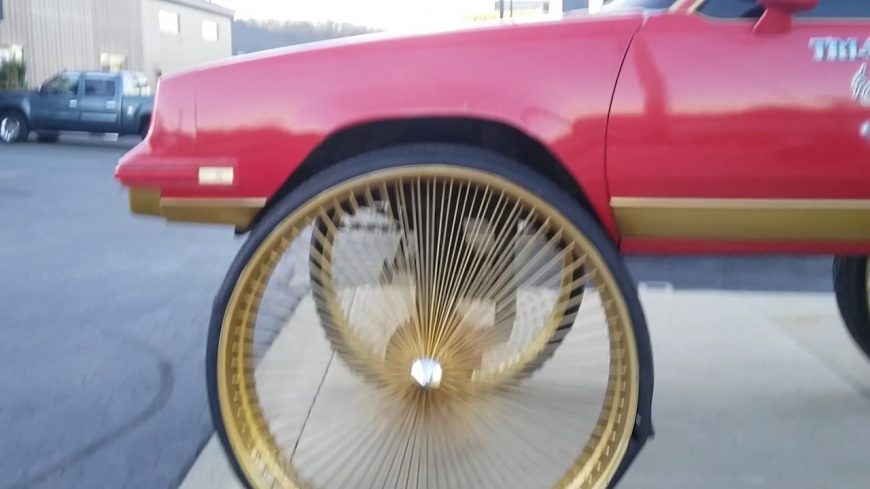 Then there are the little things, like the pink paint and the fact that the brakes look like toys in comparison to the wheel size, leaving us wondering if the car would be able to stop once you got it rolling.

Of course, that’s not going to be an issue because there’s no engine, leaving the car to serve as little more than an attention-grabbing prop outside the pawn shop where it was spotted. Maybe somebody will buy it and drop a boosted LS in it and hit the drag strip !!